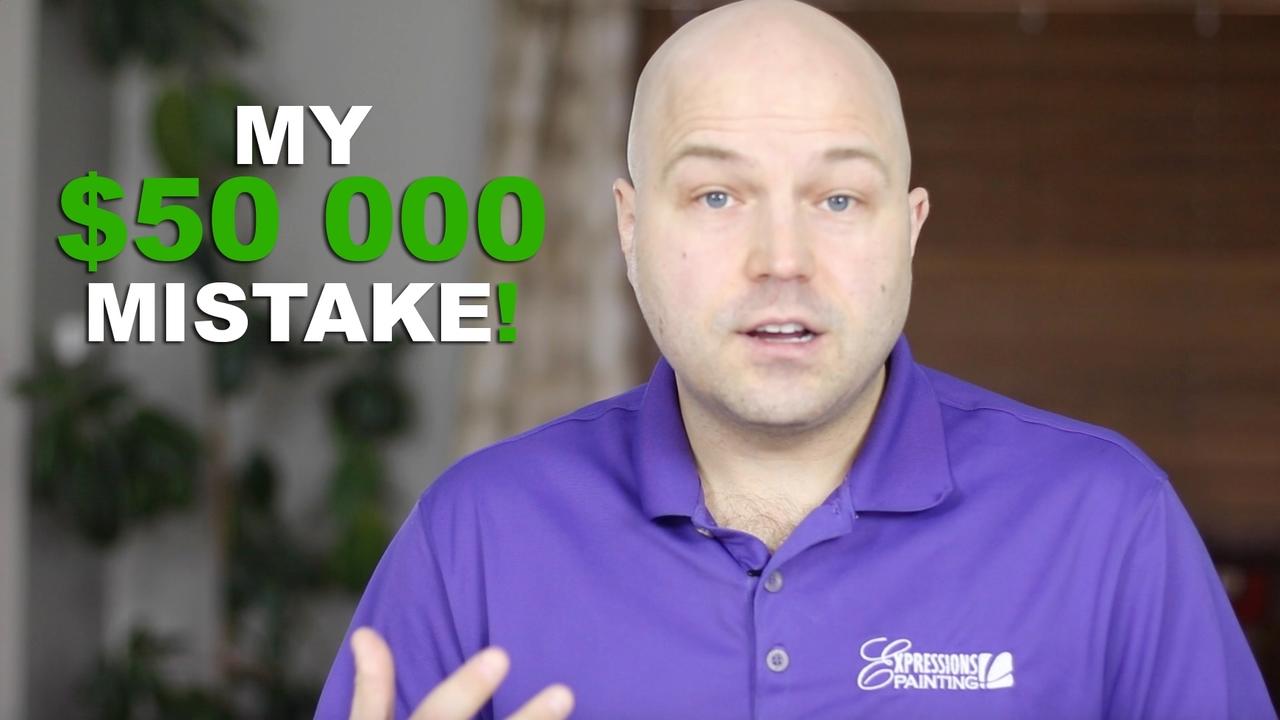 And all of it had to do with my lack of KNOWLEDGE.

You see, unlike most careers, there are no mandatory schools for painters to attend BEFORE entering the marketplace. This means, most painters are left trying to figure things out on their own… making mistakes… learning from them…

But as I discovered, this can be both COSTLY & TIME CONSUMING!

I talked about this $50 000 mistake in a few of my YouTube Videos, but a lot of people have been asking me for more details since the story seems exaggerated to a lot of people.

Well the reason why I don’t go into much details in my videos is because it’s simply too hard to relive. That time in my life brought me to a place where I wanted to end it all…

Still, for me, what I learned from this $50 000 mistake ended up being worth the pain, suffering & even the money it cost me.

And I believe it might also help you in your career…

Back in August of 2002, a customer of mine had just sold her house and was moving in another city two hours away. She asked me if we could paint this new house of hers, but she only had a few days available for painting before her furniture was scheduled to arrive. She asked me if I could give her the price to do this work by using pictures of the rooms and a floor plan of the house. I said, that usually I preferred to see the house before I give a price, but in this case I would make an exception.

So I gave her a price and she accepted it. But the job was nothing like we had expected. At the last minute, she decided to change all of the trims and door from a water-based paint to an oil-based paint, which takes about eight times longer to dry than water-based paint (at least back then anyways). She also asked if we could paint her kitchen cupboards, which were varnished. And yet, she insisted that the work be finished by the end of the weekend. We tried our best, working sixteen hours a day, but the work wasn’t finished on time and we had to come back the following weekend which meant another two-hour drive for me and my crew. When Sunday evening came around, we were finally done, the trucks were packed and we were ready to leave. But as I walked inside to see my customer to collect payment, she asked if I could go with her to see something in the kitchen. I followed her in, wondering what she wanted to show me. When we got there, she took her fingernail and started to scratch the paint off her kitchen cupboards. Then she did the same thing on a doorframe and door. I couldn’t believe what I was seeing! She said that she didn’t know what had happened but she wasn’t going to pay me until this problem was resolved. I said to her I would look into it and drove back home empty-handed.

After a lot of research, talking to various specialists, and driving back and forth to her home to do some tests, we finally concluded that there had to be some kind of cleaning detergent residue on the surface of those cupboards, trims and doors – probably from the previous home owners cleaning the house before showing it to potential buyers. Paint does not stick very well in that case… especially on oil paint. Part of me wanted to blame the previous owners or even my customer for rushing us, but at the end of the day I was the one that should have insisted that the timeline she allowed simply didn’t give us enough time for all the work she requested. I should have been more focused on a quality result and not so much on fast service.

We ended up spending a total of about three months travelling back and forth to fix the problems on this job. And the worst thing was that this was happening right in the middle of our busy fall season. We lost at least thirty thousand dollars in revenue. Plus, the job ended up costing my company a little over twenty thousand dollars. We only received four thousand dollars in payment from the customer. The original invoice was around eight thousand, but she said the last few months of having us in her house most days of the week had been a great deal of trouble for her and that it wasn’t up to her to pay for our mistakes. And she was right.

So the net loss came to a little over fifty thousand dollars in a matter of only a few months.

But shortly after that I remember telling myself that I would no longer let my lack of confidence and knowledge control my fate as it did in that situation. So I started to read everything I could about the painting industry. And within a few years, I got my official Red Seal Certificate, which meant I had the necessary knowledge and experience to work in this industry anywhere in Canada. It isn’t necessary to have a Red Seal designation for painters to work in this trade in this province, but I felt proud to be able to tell my customers that even though it wasn’t necessary, I did go through the steps required to be certified.

I hope you found value in this story. My hope is that it will help you see how important KNOWLEDGE really is when it comes to your painting career.

Want FREE Tips & Tricks sent to your inbox PLUS a FREE Estimating Guide? 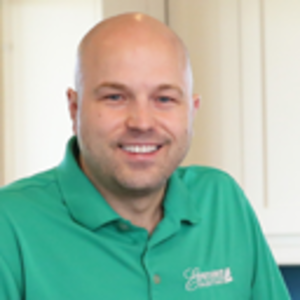 Rémi Boudreau is a Red Seal Painter & Decorator and winner of multiple awards in his field. He is a strong believer in the Power of Color and has been on a mission to improve the painting industry for nearly 20 years. His weekly educational videos are watched by more than 4000 people every single day. Remi is the owner of Expressions Painting and founder of Expressions Painting University - an online school for PAINTERS, CONTRACTORS & CONSULTANTS with students in over 20 different countries. Remi lives in Moncton, NB (Canada) with his wife and three kids.